In  the last quadcopter post we clarified the load torque of the propeller applied through the gearbox to the motor shaft. We won’t even have a gearbox but the terms in the equation needed clarification. We haven’t yet covered the main point of the propeller: LIFT! A propeller blade is just a spinning wing at each cross-sectional location.

The propeller force described in the NASA diagram in an earlier post summarizes the propeller-induced thrust force but it doesn’t tell us anything about the fluid mechanics around the prop blades.

My MIT Fluid Mechanics professor Ain Sonin would not be happy with me if I didn’t remember a very compelling demonstration he performed to illustrate, “streamline curvature” as the lift producer. The link on his name honors his passing in 2010. He died at a young age of 72. I vividly recall his interesting lectures, impeccable sketches, approximation techniques, and his evident love of teaching. Thinking of what I learned from him, and what I should have better absorbed then, I want to cover lift here.

Previously, we considered the torque load as the drag on the motor. It makes sense that if we spin a propeller shaped like the example below the blunt nose and general form of the propeller requires some torque to spin it through the air. This is the drag you feel on your hand when you stick it out of your car window.

Let’s stick with the hand-out-the-window example. Whether we are actual kids or big kids, we all sometimes put our hand out the car window with our palm down. Then we tip our hand just a bit back and it feels like it wants to go up. Is this how a wing or a propeller (a spinning wing) creates sustained lift? No!

A titled hand can rise with the force of air outside the car window but we cannot sustain flight (level-flight) or produce along-axis force from spinning a propeller unless the blades produce, “streamline curvature”! This is something hard to do with your hand out the car window unless you have a very unique shape to your hand and the angles are just right.

You are likely not producing, “lift” with your hand. you are just feeling the drag on an angle and that wants to push your hand up-and-back. If it weren’t attached to your arm it would just flip backwards. If an airplane wing attempted to climb by tipping itself backwards the plane would flip back like a mattress on top of a minivan going down the highway.

It’s about, “Streamline curvature” over the top surface

So what is really going on? In Professor Sonin’s class we were introduced to the fundamentals of Euler’s Equation, and its application in cylindrical coordinates along a, “streamline”. Streamlines are the blue lines flowing around the cross-section of a wing below. Bernoulli’s equation is what we learn to apply in basic fluid mechanics. It can be integrated from Euler’s equation. Euler gives us a deeper level of understanding.

If you look at the cross-sections of the propeller above you can see they look like a bunch of wing cross-sections. The propeller is just a spinning wing. At any moment in time any of those propeller cross-sections above has streamlines flowing over-an-under similar to the simple wing diagram shown here. As it spins, part of the torque supplied by the motor goes into forcing these streamlines to curve around the blade. It is the nature of this curvature that gives us, “lift”!

For a wing, the, “weight” in the diagram is the weight of the entire plane, so the wings must produce lift to counter-act that weight, and extra lift to accelerate that weight upwards: to climb. When our propeller spins, we want it to pull a plane forward or a helicopter up (quad-copter in our case). A prop-driven airplane creates lift at the propellers to produce flight speed necessary to produce vertical lift by the wings! The prop, pulls the plane forward with, “lift” from the propellers and the plane stays aloft through, “lift” at the wings. the same principle is applied in two directions!

The text below was in paper draft for Professor Sonin’s course at MIT 25 years ago now. Sonin’s course provided a solid mathematical basis for fluid mechanics. Preparing for this post motivated me to (re)learn this material, so I bought a bound copy of Fay’s book for my shelf. 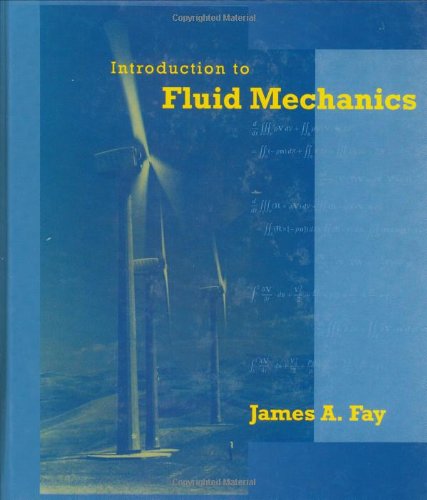 We’ll gloss-over considerable detail but fill a couple gaps in the derivations that get us to, “streamline coordinates”. Otherwise this post is just organizing references in hopes of creating a useful guide on this topic of lift as a result of, “streamline curvature”.

I can’t improve the theory relative to these expert sources. I cannot come close to the genius of Euler and the father-son Bernoulli team! I hope I can make it more clear for we mere mortals is all.

Euler’s Equations for inviscid flow will reveal what causes the lift once we get it into the right form. Inviscid flow is ideal, simplified flow assumed to slip past the wing with no surface interaction (no shear, so no boundary layer, eddies,  turbulence)…only the shape of the wing affects the flow, not the surface characteristics.

The Equations will reveal where the

for the propeller speed-to-thrust relationship comes from. We glossed over this topic in the  post with the NASA diagram where we saw the simplified equation with the

In the last post we resolved some confusion around the motor+gearbox+propeller model for load on the motor. We cover here the entire point of spinning the propeller: lift from the blades, or aggregate thrust along the axis of the propeller.

The following PDF extracts key pages from Fay’s book (my old draft copy) that lead us to, “Euler’s Equation in Streamline Coordinates”. It includes a few pages of Bernoulli equation derivation. It is integrated from Euler’s equation along a streamline. It is a frequently applied formula. The typically overlooked perpendicular-to-streamline (normal) Euler equation tells us about lift from an airfoil!

This tutorial by the late Professor Sonin is excellent. I enjoy his neat sketches and remember them well, as I took notes in his class and attempted to match his detail and neatness.

It’s not easy to digest the mathematical symbols, mutlivariable calculus, and terminology unless one has an excellent memory of their studies or practices these topics regularly. We’ll fill some gaps below.

Although it might look daunting on it’s own, let’s accept Euler’s equation in cartesian (XYZ) coordinates. Then in Fay’s and Sonin’s material above we see we need cylindrical-streamline coordinates to get the equations of motion into some form that will enlighten us on this lift force we so desire.

The key to deriving cylindrical coordinates is to start with a representation of the unit vectors relative to a Cartesian system. I’m going to skip all the diagrams I should place here because you can look it up. I just want to offer a few observations on how elegantly simple the derivations are even thought they look complicated….

We start with radial and angular unit vectors in an X-Y plane, and we know Z in the Cartesian system is same as Z in Cylindrical

‘ axes in time, as our, “fluid particle” moves in

as a function of time in the above equation.

We’re going to need derivatives of the unit vectors, and here’s what they are:

but look at the trig in parenthesis. It’s our term for

It is these moving axes that give us the, “extra” terms in the cylindrical equations of motion. We get to them simply by taking derivatives of position and velocity.

We start with the position of a particle in cylindrical coordinates.

By chain rule we differentiate position to velocity as…

But we have terms for the derivatives of the unit vectors from above, and

so velocity simplifies to…

Then we differentiate Velocity to acceleration again by the chain rule…

and we again replace those unit vector derivative terms and

to get, with a bit of rearrangement…

The perpendicular-to-streamline or, “normal” to flow unit vector.

By right-hand-rule, normal to the above two unit vectors: The, “up” axis of a cylindrical system. Out-of-page axis here. No fluid dynamics along this axis.

operating on a radius

The key equation for us is

V and R being likely functions of n, integrating to estimate a pressure difference would be non-trivial. Sonin’s paper gives us a chance to solve the n-direction equation with models for Velocity and streamline radius as a function of n. See the paper to attempt this derivation for flow over a simple hill. I have not yet been successful arriving at equation (25) by using (23) and (24) to solve the differential equation (21) (I think it’s an integration-by-parts trick I am failing on).

As Fay and Sonin state, this is not a practical method for actually calculating a lift force. It is over-simplified, and we seldom have representations for V and R as a function of n over a range of s-vectors tangent to the flow over a wing. If we did, we’d still need to integrate them. However, this treatment tunes us into the physics of the problem. That’s our goal here: physical understanding, even if exact solutions elude us.

) is our lift producer. The notes were taken here (which I remember because I recall daydreaming as I watched a guy mow the grass outside the lecture hall window one fine autumn day).

(which is constant when the fluid is static) increases in the n-direction, that is, as one moves away from the local center of curvature.”

If we just assume airspeed is

as indicated in the lecture notes above.

Remember that if our propeller is spinning with angular velocity

) is the variable responsible for, “lift” generated by a propeller blade. It is proportional to a simplified, assumed freestream velocity

at any point along the blade where we take a cross-section as above. This is a highly simplified model, but it gets us to the essence of an airfoil.

Observe this on your next flight

Next time you land or take-off in an airplane observe the flaps that extend down-and-back from the rear of the wings. They create a shorter wing curvature radius and a larger wing surface. This increases lift. It is required because the plane is going much slower at take-off and landing than when cruising so the pressure difference across the same wing would be less at low speed, and it would be difficult to keep the plane up.

is higher so we don’t need the curvature and extra area the flaps provide.

term for air density, and we know it is higher in the troposphere down near the ground than up at 30,000 feet and higher. We’re going to ignore this though because our quad rotor is going to operate near the ground. Planes are more sensitive to, “stall” (failure of the lift from wings) at high altitude due to the rarefied (low density) air. Airspeed and angle-of-attack are critical factors up there.

) that gives us lift!

I hope the references above and any gap-filling explanations help convey the, “lift” phenomenon!